I got up early and was packed and leaving Warner Springs by 6:30 this morning. The sun coming up over the mountains was beautiful and I felt good- REALLY good. Somehow nothing hurt and I was excited to get back on the trail.

The fog was mesmerizing (sorry, I apparently have a thing for fog) and as the trail passed through cattle grazing land, I had to remember to watch out for cow pies. I was incredibly glad to have gotten on the trail so early otherwise I would have missed the magic that played out in the misty morning. 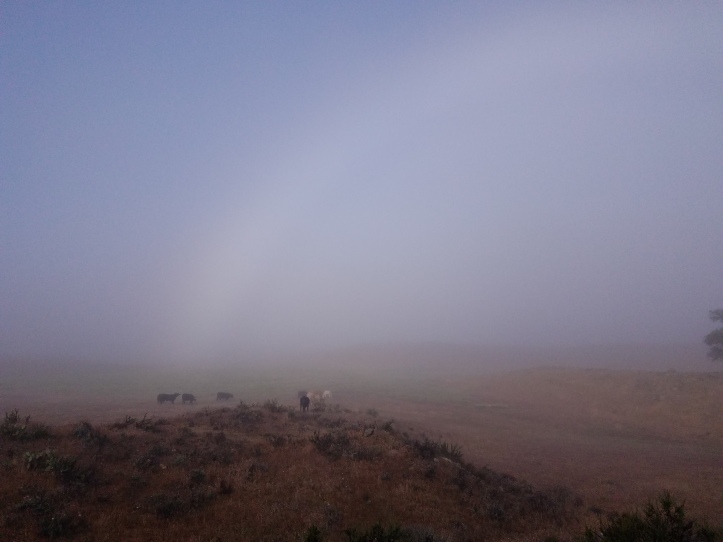 The cows appeared in the fog and seemed mildly curious about me at best. Mostly they just continued to graze and I watched them as they did so. I do not eat their flesh or drink their baby growth fluid or wear their skin, and though their presence here along the trail brought me joy, knowing their reason for existence and ultimate end forced me to move on and put them out of my mind. 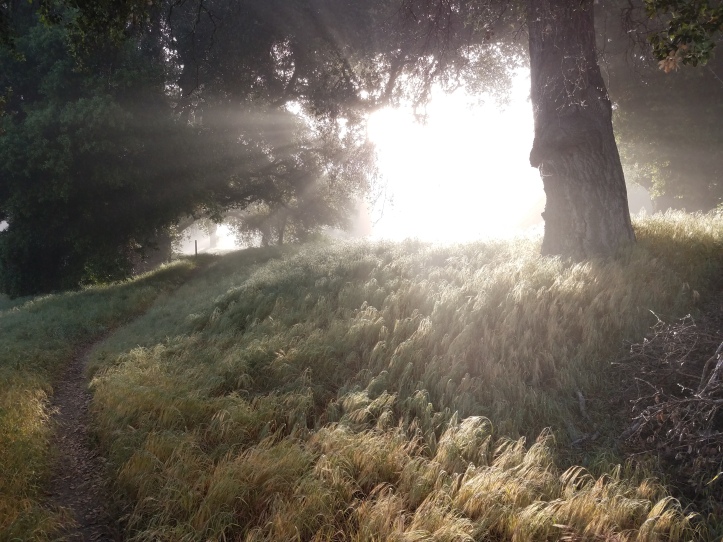 The terrain changed regularly, passing through grasslands, beautiful wooded areas and now-familiar desert, even crisscrossing a creek a number of times. I leapfrogged with a bunch of hikers all morning as the trail climbed up and out of the valley. 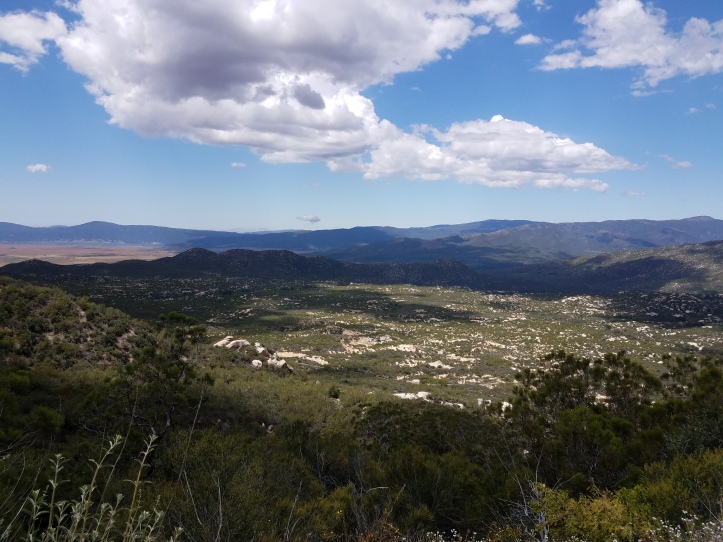 As the trail climbed, so did the sun and it began to get hot. Fluffy white clouds were scattered in the sky, occasionally shading the trail. I pushed on until around 1:30 and finally took a break. I watched a glider plane doing circles high in the sky and witnessed a courting ritual of these desert lizards. The males have bright blue throats and bellies and do pushups for the females, flashing the blue at them. Very interesting. 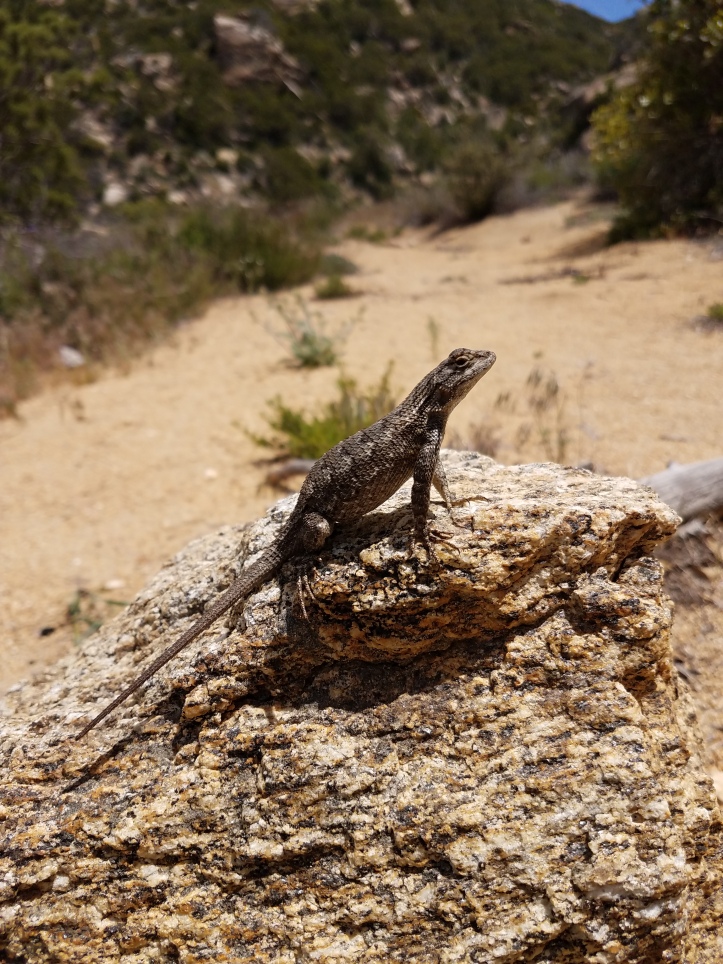 Not long after my lunch break, I met two hikers and stuck with them for quite a while. While we were trekking, it began to rain. Thinking it would pass (there was blue sky all around except for this one cloud), we didn’t change into our rain gear. From here on out, the day took a sharp turn in the wrong direction.

The rain did not let up and in fact just got stronger. The cloud seemed to follow us along the trail despite the sunshine all around. I fell behind and began getting very cold. Hey California, if I had wanted to get rained on every day, I would have hiked the Appalachian Trail!! I reached the water cache and filled up. There is a trail angel’s place there, slighty downhill from the water, and it sounded as though there was a party going on. Not wanting to deal with that, I continued on.

The trail began climbing and the storm’s intensity climbed with it. It poured rain on me. Thunder rumbled overhead and the rain began to hurt- it was actually hailing now. I had no choice but to continue. There were supposed to be campsites at the top of the ridge and I needed to keep moving to stay warm. Cursing, crying, feeling like I just might actually die out here, I finally reached the ridge. The campsites were terrible: tiny, exposed, surrounded by short scrubby bushes. The rain was still coming down and the trail was turning into a slippery mess. I just picked a site and threw my tent up haphazardly, fighting the wind and the bushes and the rocks and myself. Finally the tent was up with a pile of rocks on each stake and I dove inside.

I stripped off all my sopping wet clothes and tried my best to dry myself and remove the sandy, gritty mud with a bandanna. I put on my fleece and my wind pants which had been packed away safely in my pack while my tent flapped wildly around me in the wind. I cried. I could have had a roof over my head at the trail angel’s place, but instead I’m risking hypothermia. My tent might blow down. This is my worst night on trail, ever.

I made a hot dinner and tea. I breathed. The tent seemed to be holding. I could figure out the wet everything situation later. For now I actually was safe and not freezing and could get through this. Time for some sleep.

Camped with: no one